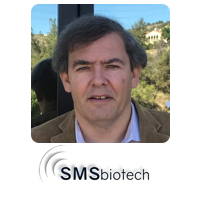 Dr. A. Rahmo is CEO and cofounder of SMSbiotech, a California based company established in 2015. A. Rahmo finished his degree in Biochemistry at the Swiss Federal Institute of Technology in Zurich 1988, and completed his PhD at the University of Southern California in Los Angeles., he did his postdoc at a major clinical laboratory in Munich Germany. In 2001 he became a member of the faculty of medicine at the Uni. Damascus. Later he Co-Founded the National Commission for Biotechnology and became the head of the medical Biotechnology section. In 2013 he was visiting scientist at Western University of Health Sciences in southern California. His current efforts and achievements are focused on promoting a biotech platform technology based on his stem cell research. Two major fields are targeted: regenerative medicine, and manufacturing of complex bio-pharmaceuticals.