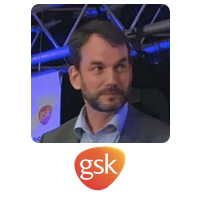 After completing training as registered male nurse Jens-Ulrich Stegmann studied medicine and completed his M.D. degree from the University of Essen, Germany with a focus on anaesthesiology while he did his Internships in Germany and South-Africa. His PhD in Physiology he completed at the Christian Albrechts University, Kiel, Germany focussing on mechanism of chronic pain and the role of the sympathetic nervous system. He worked as anaesthesiologist at the University of Düsseldorf before starting in the pharmaceutical industry. He contributed to the development of a number of centrally acting analgesics including Tapentadol as clinical lead before he moved into Safety in 2008 having the overall responsibility for different pharmaceutical products and investigational medicines. Jens joined GSK Vaccines in 2012 as Head of Safety Evaluation and Risk Management in Safety and was appointed Deputy EU-QPPV a year later before becoming Head of Clinical Safety and Pharmacovigilance accountable for all scientific and operational aspects of pharmacovigilance. As of March 2019, he additionally took on the role as EU-QPPV for GSK and ViiV Healthcare.