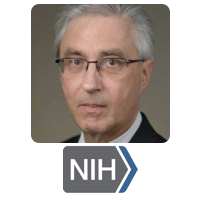 Dr. Dixon is Chief of the Bacteriology and Mycology Branch, NIAID, NIH. He serves on numerous advisory panels related to biosafety, biosecurity, and dual use research, including the Intragovernmental Select Agents and Toxins Technical Advisory Committee (ISATTAC) and the National Science Advisory Board for Biosecurity (NSABB). He has similar responsibilities involving antibacterial resistance and serves on the Trans-Atlantic Task Force on Antimicrobial Resistance (TATFAR), the Combating Antibiotic Resistant Bacteria (CARB) Task Force and the Joint Oversight Committee for Combating Antibiotic Resistant Bacteria Biopharmaceutical Accelerator (CARB-X). He is also the NIH representative on two Federal advisory committees, the Presidential Advisory Council on Combating Antibiotic-Resistant Bacteria (PAC CARB) and the Tick-Borne Diseases Working Group (TBD WG). He received his Doctor of Philosophy in microbiology from the Medical College of Virginia and has held academic positions at Loyola College in Baltimore, the University of Maryland Medical School and Albany Medical College. He was a Visiting Scientist at Hoffman LaRoche, Switzerland, and was Director for the Mycology Reference Laboratory, New York State Department of Health. He is a member of the American Society for Microbiology and the American Academy of Microbiology.