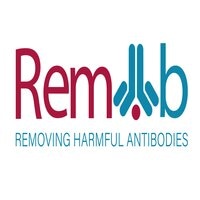 RemAb Therapeutics was created four years ago. It is a spin-off of the Bellvitge Biomedical Research Institute, Barcelona, Spain, aiming to provide health solutions by removing specific harmful antibodies. The company owns a battery of backbones to which different antigens are attached. The intravenous or subcutaneous injection of the compound removes those circulating antibodies that bind to the attached antigen without any toxic effect or generation of immunity against the composite. In addition, the molecule also binds to the B-cells producing the antibodies, reducing the production of new ones.

Lipid nanoparticle mRNA vaccines contain small amounts of poly(ethylene) glycol (PEG). Anti-PEG IgG is commonly detected before vaccination and is significantly boosted following immunization. The elevated levels of vaccine-induced anti-PEG antibodies correlate with increased systemic reactogenicity following two vaccination doses. RemAb Therapeutics is developing a compound to remove anti-PEG antibodies and prevent reactogenicity after vaccination. On the other hand, it has developed a molecule to remove natural antibodies targeting Galactose α1,3 Galactose (αGal) residues involved in the antibody-mediated enhancement of Gram-negative bacterial infections. The molecule showed efficacy in pre-clinical assays in generating protective immunity against Gram-negative bacterial infections, including those resistant to antibiotics, and is ready to begin clinical studies.