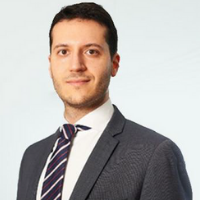 Paolo joined ETNO in August 2017 as Head of Regulatory Affairs. Since February 2010, Paolo is ETNO's Head of Public Policy. At ETNO, Paolo oversees a range of regulatory and public policy issues, including privacy, and data protection, digital services, audiovisual content and copyright.

Paolo joined ETNO from the economic section of the United States Mission to the EU, where he covered tech, telecoms, and data privacy as a leading policy advisor. Prior to that, Paolo was a consultant first with APCO Worldwide and later with Community Public Affairs. In his consulting roles, he advised global companies in various sectors, with a particular focus on tech and telecoms. Paolo started his career with two internships, respectively at DG COMP in the European Commission and in the EU affairs team of Telecom Italia. He holds a Master’s degree from Bocconi University in Milan and completed an Exchange programme at Seoul National University. In January 2017 he was granted with the U.S. Department of State Meritorious Honor Award for his outstanding service on digital economy issues.