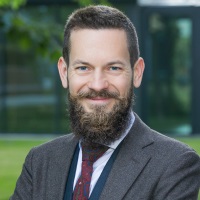 After several years in corporate governance at Orange Polska, the Polish incumbent operator and a subsidiary of the Orange Group, Jacek worked for five years at Group's global headquarter in Paris. He served as chief of staff to Deputy CEO of Orange in charge of European operations (where he notably co-authored two winning World Communication Awards entries for Orange Europe) and later at Group Transformation. In September 2020, Jacek returned to Poland to become Orange Polska's first climate officer. His role is to design, deploy and animate a flexible, transversal #OrangeGoesGreen approach. Its objective is to accelerate Orange Polska on its way towards Net Zero 2040, combining climate action with value generation for all stakeholders.