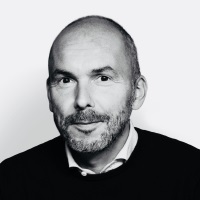 Christopher Schlaeffer is the Executive Chairman and Founder of NYOUM. Before becoming a serial entrepreneur, Christopher served as Chief Product & Innovation Officer, Corporate Development Officer and Chief Strategy Officer of Deutsche Telekom (Xetra: DTE) as well as Chief Commercial and Digital Officer of VEON (NASDAQ: VEON). Previous roles also include Chief Marketing Officer of T-Mobile International and CEO of T-Online. Christopher is a Member of the Board at Amnesty International.

In 2008, together with Andy Rubin, Larry Page, Sergey Brin, Peter Chou and Cole Brodman, Christopher launched the Android operating system in a subway station in New York. In 2007, he and Tim Cook closed Apple ́s first partnership on iPhone outside the US. Christopher started his career with Accenture.

Christopher has been recognised by the World Economic Forum as a Young Global Leader and ranked one of the world’s Top50 Innovators To Watch. He takes an avid interest in promoting an open information society, human rights, equality, science and the arts and graduated from the Vienna University of Economics.