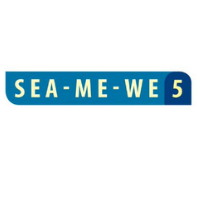 The 20,000-km SEA-ME-WE 5 cable system, spanning over 17 countries from Southeast Asia to Western Europe, was a technological breakthrough at its RFS, marking a global communications milestone. It was designed with a capacity of 24 Terabits per second on 3-fibre pairs. SEA-ME-WE 5 has gone through of major development steps since the initial light up. The cable is an open system utilizing multiple vendors’ technology, taking always the latest, most advanced one during the regular light-ups. The design capacity of SEA-ME-We 5 has grown to 40 Terabits per second over the past three years, which is fully capable of accommodating the future demand of data from bandwidth-intensive applications such as enterprise data exchange, internet TV and online gaming.

Members of the SEA-ME-WE 5 Consortium:

GET INVOLVED AT SUBMARINE NETWORKS WORLD

TO EXHIBIT OR SPONSOR