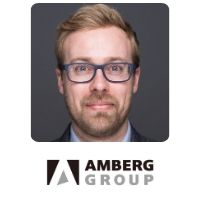 Pedro Iserte is a spanish architect who has always been interested on geometry, drawing and digital advancement on the AEC sector. After several years working in Spain as 2D/3D modelling teacher, and a year of Erasmus exchange in Germany, he moved to Switzerland in 2014. There, he worked first as an architect and later as an Industrial designer, using parametric software and 3d printing to develop tools and prototypes.
On 2016 he joined the Amberg Group as BIM Specialist. His responsibilities have evolved with time: he started doing 3D Modelling with Rhinoceros and Revit, specialising himself on the development of complex scripts with Grasshopper and Dynamo; he took up coordination responsabilities on scan2bim projects on the company, and ended up coordinating and managing projects in Spain. His most remarcable projects are the scan2bim “as is” modelling and coordination of the Hauenstein Basis Tunnel, and the BIM Management of the new Hydropower Plant from Chira Soria for Red Eléctrica in Spain. Ever Since August 2018 Pedro is responsible for the BIM Department in Amberg Infraestructuras in Madrid, as well as Responsible for the Digitalization of the company in Spain.

Delegates are invited to choose a topic or geographical region and then sit at the relevant table to discuss this among other industry experts.

BIM in Refurbishment and Maintenance Projects