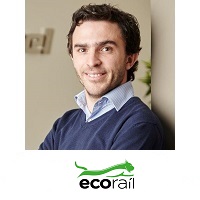 Juan Antonio Cuesta Cañas graduated as Civil Engineer from the University of Cantabria in 2003, and finished his PhD at the University of Granada in 2009. After his PhD he worked developing renewable projects at MAGTEL, focusing mainly on wind farm projects (both onshore and offshore). Since 2012 he is in charge of the Spanish private operator, ECO Raíl. As the manager of the company he was the person responsible on the achievement of the company License and its Safety Certification, being the first Spanish private company to have them both for freight and passenger services. Nowadays he is preparing the company for the competition for the next public tenders that the Spanish Government will launch soon. He also participates on several R+D projects, following his research vocation.