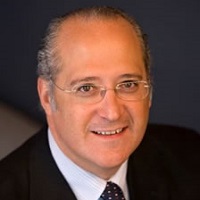 Enrique Torres is an Industrial Technical Engineer from the Universidad Politécnica of Madrid, having completed his training with various seminars and postgraduate studies (Master in Management and Change Management by the University of Alcalá and Senior Management Program in the Instituto de Empresa).
He began his professional career in the firm Epelsa, S.L., a company dedicated to the manufacture of electronic weighing equipment and in which he was responsible for the after-sales area.
Later it was incorporated in the year 1988 to Siemens, S.A. where he assumed responsibility for the Real Estate area. In 1998 he joined the Human Resources Division, as Director of Personnel Resources.
From 2002 to 2005 he was Corporate Director of Total Quality and Sustainability of Siemens.
In October 2005 he joined the Executive Committee of the company, assuming the Management of the IT Solutions and Services Division, position that he made compatible with the General Management of Siemens in the Community of Madrid, since May 2007.
In July 2010, the IT Division became the independent company Siemens IT Solutions and Services, S.L. of which he is Chief Executive Officer and CEO.
Between 2011 and 2014 he is the Director of Business Development and Innovation of Siemens in Spain.
Between 2014 and 2017 he holds the position of Director of Strategy and Business Development of the Mobility Division and since 2017 he is Director of Sales of the Mobility Division.
He has participated as a speaker in different seminars of various contents: Quality, HR, Sustainability, etc. having also published articles in specialized magazines. He also collaborates as a teacher with the University of Alcalá and other academic institutions.

IOT & Maintenance: The digitisation of mobility: how can rail operators invest wisely in the mobility revolution?