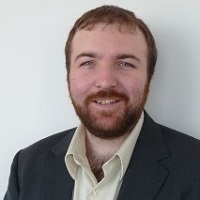 Alex Barron is an Associate Director of the Railway and Transport Strategy Centre (RTSC) at the Centre for Transport Studies within the Department of Civil and Environmental Engineering at Imperial College London.  He is the Head of Metro Benchmarking, leading the international metro benchmarking groups - the Community of Metros (CoMET) and the Nova Group of Metros. He also oversees the new Benchmarking Group of North American Light Rail Systems (GOAL) and is a senior advisor to the American Bus Benchmarking Group (ABBG). He has also worked with the other benchmarking groups managed by the RTSC - ISBeRG, the International Suburban Rail Benchmarking Group, and IBBG, the International Bus Benchmarking Group.  In his time at Imperial College, Alex has co-founded the International Suburban Rail Benchmarking Group (ISBeRG) in 2010, the American Bus Benchmarking Group (ABBG) in 2011, and the Benchmarking Group of North American Light Rail Systems (GOAL) in 2016.  His key areas of research include public transport planning, operations, and management.  Alex's background is in transportation planning, with a Master of City and Regional Planning concentrating in Transportation Planning and a Graduate Certificate in Transportation Studies from the Bloustein School of Planning and Public Policy at Rutgers, The State University of New Jersey (USA).  There he received the Outstanding Student Academic Achievement Award.  He subsequently lectured in "Planning and Budget Development for Transit Managers" at John Jay College of the City University of New York.   Alex also has real-world public transport experience and a strong knowledge of the industry after spending more than three years working at MTA New York City Transit, the metro and bus operator in New York, with a focus on strategic operations planning and service planning.