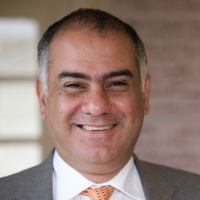 Tarek is a Managing Partner at Algebra Ventures, the leading Technology Venture Capital firm in Egypt.

He started his career as an engineer at Lucent Technologies then as a software developer for SAQQARA Systems, an internet startup in Silicon Valley. He later became General Manager of CID Consulting where he led the company’s high growth, helping it to become one of the leading local consulting firms in Egypt.

Apart from his role at Algebra Ventures, Tarek is Managing Partner at Ideavelopers where he has been managing $50m of VC investments since 2009, including some of Egypt’s most prominent technology startups. In this role, he was also responsible for the investment in Fawry, the leading bill payment and presentment company in Egypt, which realized a $100m exit in 2015.

Tarek holds a B.Sc. in Electronics and Communication Engineering from Ain Shams University in Cairo and an MBA from Stanford Graduate School of Business.