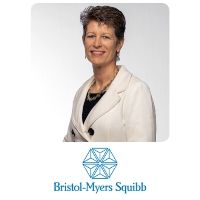 In addition to her work at BMS, Dr. Hege is a Clinical Professor of Medicine at the University of California, San Francisco (UCSF) where she continues to see patients with blood cancers weekly. Dr. Hege also serves on the Board of Directors of Mersana Therapeutics and was elected to the Board of Directors for the Society for Immunotherapy of Cancer (SITC) for a 3-year term from 2016-2019.

Dr. Hege received her M.D. from UCSF and internal medicine and hematology/oncology subspecialty training at Harvard and UCSF, respectively. In 2015, Dr. Hege was recognized by Fierce Biotech as one of the top 12 women in Biopharma and in 2020 by San Francisco Business Times as one of the most influential women leaders in Bay Area business. Her career path and long history with CAR T cell development was featured in the “Turning Points” series as part of the 25th anniversary celebration of Nature Medicine.