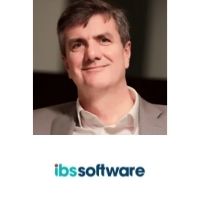 Philip Hinton is a Senior Vice President at IBS Software, based in London. He is responsible for sales of IBS Aviation Products globally. Phil joined IBS in 1993 as part of an acquisition from a division within Honeywell, which specialised in Airline Operations. Prior to Honeywell he worked in senior positions in Fujitsu and ICL.
Phil has been involved in the consultative selling and implementation of mission critical systems to airlines for over 25 years. His experience spans over Airline and Airport Operations, Crew Management, Cargo, Loyalty Management and Passenger Services. He has worked closely with many of the world’s leading airlines including Air France, Asiana, British Airways, Cathay Pacific, Emirates, Etihad, Iberia, KLM, Lufthansa, Malaysia Airlines and Virgin Atlantic.
Phil holds an Honors degree in Mathematics