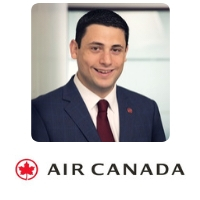 Mark Nasr was appointed Vice President, Loyalty and eCommerce in July, 2017. In this role, Mark has responsibility for developing the vision and strategies for Air Canada's all-new, digital first loyalty program to be launched in 2020. He will also lead the design, development, implementation and maintenance of Air Canada's eCommerce systems, including mobile and Web interfaces and related customer databases to support Air Canada's global customer retention and revenue strategies which are a cornerstone of the airline's long term sustainability objectives. Mark joined Air Canada in 2016 as Managing Director, eCommerce, Loyalty Programs and Ancillary Revenues, bringing more than15 years of experience in the travel and hospitality industry across three continents. After starting his career in hotel operations at Hilton, Marriott and InterContinental properties, he joined the Continental Airlines management team in 2006, initially in Revenue Management and later leading the airline's first Ancillary Revenues practice. In 2010, he joined the new United management team after the Continental Airlines merger, first leading Merchandizing, then eCommerce, and finally, Corporate Development and Strategy. Mark has a degree in Hospitality Administration and minor in Information Systems from Cornell University's School of Hotel Administration, and he was named one of Crain's Business 20 in their 20's. Mark also holds a patent for check-in and ID scanning, a product used by approximately a dozen large airlines, as well as a patent application for airline seating systems.