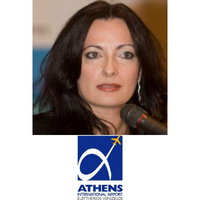 As of October 2009, Ioanna Papadopoulou is the Director, Communications & Marketing at Athens International Airport.

Ioanna has been presented with the “Woman of the Year” award by the Air Transport News in 2014, has been elected as the Chairperson of the Hellenic Aviation Society (June 2016 – January 2019) and is a member of the Editorial Board of the Journal of Airport Management since January 2018, a member of the Supervisory Board of the aviation-event (International Media & Network Platform) and a member of the External Advisory Committee – University of the Aegean, Department of Tourism, Economics & Management.