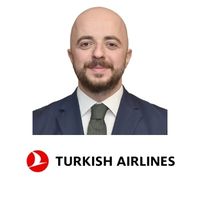 Ahmet Olmustur is Chief Marketing Officer of Turkish Airlines, responsible for marketing strategies, sales, revenue management, network planning, corporate communications and distribution channels. He has been working as the Chief Marketing Officer since May 2014. Also he is a member of board at Sun Express (Turkish Airlines & Lufthansa Joint venture). Prior to that, he served as Senior Vice President, Revenue Management between 2011-2014, Revenue Management and Pricing Manager of East Europe and Balkans between 2010-2011, General Distribution Systems Manager between 2009-2010, Flight Analyst between 2007-2009 and Call Center Clerk in 2000. Ahmet Olmustur received his Bachelor?s degree in Business Administration from Marmara University, he pursued his Master?s Degree at European Business School (London) and Pole Universitaire Leonard de Vinci (Paris), and completed his MBA at Long Island University ? Brookville (New York) concentration in International Business. Ahmet Olmu?tur is a member of Board of Directors and Board of Trustees at Prof. Dr. Fuat Sezgin Research Foundation for the History of Science in Islam and also a member of MBA Association in the United States. He is married and has two children. He speaks English in advanced level and Arabic in basic level.