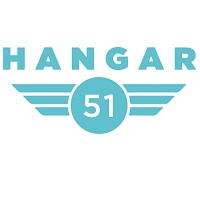 Launched in 2016 by International Airlines Group (IAG), Hangar 51 is a leading global travel accelerator that gives start-ups and scale-ups the opportunity to pilot their technologies at scale with our airlines. Over the 10-week programme, a small group of selected start-ups co-work with our teams to run a joint proof of concept, and benefit from access to real world operational environments and support from a senior sponsor. At the end of the programme, several start-ups continue to work with us on further trials or to implement their solutions. They also have the chance to potentially receive investment from our multi-million-pound venture fund.

IAG is the sixth largest airline group in the world, with 573 aircraft flying to 268 destinations and carrying around 113 million passengers each year. Formed in January 2011, IAG is the parent company of Aer Lingus, British Airways, Iberia, LEVEL, Vueling, IAG Cargo and Avios.