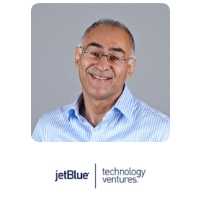 Raj has more than 25 years of experience in the innovation and information technology sectors, as
a strategist, leader, VC, and advisor.

Previously, he was CEO and co-founder of London-based Sooqini, an on-demand economy task
delegator for small businesses. He was also the Founder Chairman of the UK Sharing Coalition
an on-demand economy trade association, and a mentor at Founder Institute in Palo Alto, CA.
Previously, as CEO and co-founder of D&L Partners SA, Raj set-up and ran a consulting firm
working with various European and Middle East governments to foster increased
entrepreneurship. As General Partner and co-founder of Pervasive Technology Ventures, and also
as a Principal for the New York-based VC arm of Investcorp, Raj was responsible for
sourcing, negotiating and closing new investments in technology-led start-ups.