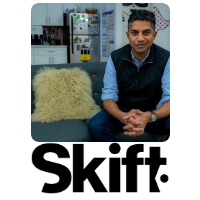 Madhu Unnikrishnan is the editor of Skift Airline Weekly. An aviation journalist for more than 15 years, Unnikrishnan has covered almost every aspect of the industry from Congress to the OEMs, and is a frequent contributor on the industry in national and international media. Prior to Skift, Unnikrishnan was the editor-in-chief of Aviation Week’s Aviation Daily and senior business editor at Aviation Week & Space Technology, and he has worked for two airlines. Unnikrishnan holds a bachelor’s degree from Tufts University and a master’s degree from the London School of Economics.