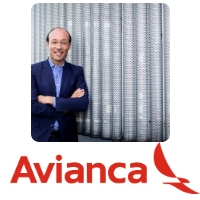 Anko van der Werff, appointed by the Board of Directors of Avianca Holdings as the new President & CEO of the Company joined the company on July 15th 2019. He has had an outstanding global career in the airline industry. In his last position with Aeromexico, as Executive Vice President and Chief Commercial Officer, he led the company’s Corporate Strategy, Network and Schedule Planning, Alliances, Pricing & Revenue Management, Sales, Corporate Strategy, Distribution and E-commerce and Marketing. Anko was also a board member of Club Premier, Aeromexico´s frequent flyer program, which is managed in a Joint Venture with Aimia Inc. He held the position of Senior Vice President of Pricing & Revenue Management and Global Sales & Distribution with Qatar Airways prior to joining Aeromexico. He also led Air France-KLM’s Commercial Strategy in the United Kingdom and Ireland, as well as in the Nordic countries. Prior to this he also worked for the KLM-Northwest Airlines Joint Venture during the first years of his professional career.

Van der Werff holds a Law Degree from Leiden University in the Netherlands, and graduated from Harvard Business School in the United States. He speaks English, Dutch and Spanish fluently. He has also been a guest professor at various international universities including Cranfield in the United Kingdom, Bad Honnef in Germany and Texas A&M University in Qatar.